There is a loud and insistent conversation taking place in municipal and federal offices these days about Digital Inclusion.

There is a loud and insistent conversation taking place in municipal and federal offices these days about Digital Inclusion, the idea that broadband is now a critical service akin to power and water. The challenge is how to cost- effectively and quickly generate a blanket of connectivity that reaches as many people as possible.

While fiber is often the go-to technology for this challenge, fiber is expensive and slow to deploy. Recent advances in wireless technology, specifically the Terragraph (TG) industry standard, have resulted in systems that can deliver multi-gigabit connections at much lower costs. The challenge with these system is they are often shorter range (1000 feet or so). Therefore, the question becomes where to deploy the main Distribution Nodes (DN), or hubs, in a city in a way that leverages existing infrastructure.

One answer, not surprisingly, is Utility poles. Light poles, telephone poles, power poles or “combination poles” providing all three services are excellent candidates to host multi-gigabit Terragraph radios, due to their near ubiquitous availability across almost every metropolitan area. These poles not only offer prime site locations, but they all have power. Deployed in a mesh topology with self-backhaul, Terragraph systems need only electricity and an Internet POP connection to deliver gigabits across a city.

There are, however, legitimate concerns from local officials and the original owners of these poles, either a utility, a telephone company or the city itself. These concerns are about the possible impacts of these wireless network radios on the poles themselves, as well as the services (power, phone, DSL, etc.) they currently support.

These concerns, and the reality of the actual impact of each, are examined here in four primary categories:

The main “box,” in a TG network is the Distribution Node. This unit communicates with end user devices, Terminal Units (TU) and other DNs. These devices are incredibly small and light weight, especially when compared to cellular small cells. The Siklu MultiHaul™ Terragraph DN comes in at just under 8 pounds in a device that is roughly 9 1/2 inches tall and has a diameter of just over 7 inches. Utility poles are designed for much heavier equipment loads and hence a DN represents a negligible addition.

The network of existing utility poles almost always has power, yet the amount of power that was originally designed for the pole did not envision additional devices on the poles. The question to be addressed is how much power will these TG devices consume and does my pole have enough to spare?

The answer again is – not a problem. The Siklu DN consumes only 55 watts. If you add additional devices such as video cameras or Wi-Fi APs the power consumption could go as high as 95 watts maximum. Likewise, the TG TU consumes only 35 watts.

The primary services that are on the utility pole are as noted, power, phone, maybe DSL or other wireline connectivity. The fact is with the low power consumption and the low RF power output (more on that below), these radios will not interfere with any of the devices or services listed. No induced crosstalk in phone or DSL copper lines, no disruption to the main power source, and certainly no degradation of “legacy” services such as Plain Old Telephone Service or POTS.

As with any new wireless technology the public has a right to know - do these systems represent a health and safety issue from the RF being generated? What surprises many is how low-powered these sophisticated DNs and TUs actually are. The power RF power output form a DN is 32mw per radio. A Siklu DN has four 90-degree sector radios in each one, for a total of 128mw covering a 360-degree field from the pole. To put this in perspective, your typical cell phone puts out 160mw of RF energy – and its next to your head as opposed to being on top of a 30-foot tall pole. Click here to access Siklu’s white paper on RF Safety.

Its Been Done Before

It is important to keep in mind that while TG may be new, deploying mmWave systems on poles has been done in literally thousands of networks across the world. Below is a picture from an existing deployment as an example. 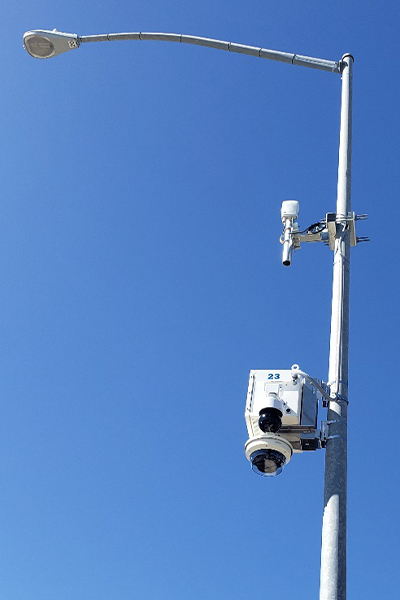 The next photo shows a Siklu MultiHaul Distribution node mounted on the top of a light pole.

Figure 2: Siklu MultiHaul™ TG mounted on the top where it can cover 360 degrees 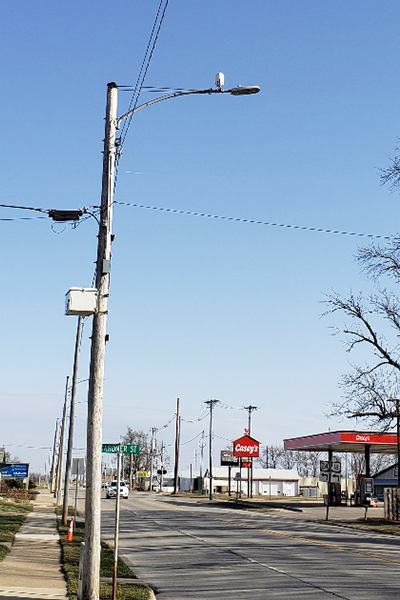 This approach is used not only in suburban locales as shown above, but is also well suited on dense urban settings such as the deployment on Bond Street in downtown London shown here: 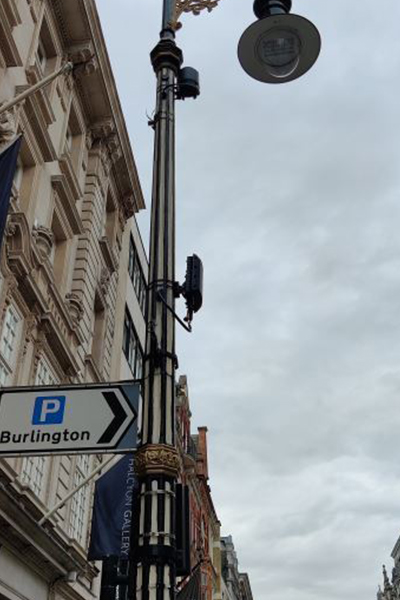 In conclusion, the opportunity to truly deploy widespread, high-capacity wireless systems offering gigabits of connectivity to residents throughout a territory is better than ever before. This paper has shown how leveraging existing infrastructure in the form of utility poles is a simple and effective way to achieve this goal, with virtually no impact to either the poles themselves or the other services they provide. Therefore, utility poles represent incredibly useful assets in the effort to close the Digital Divide.

Many municipalities in countries around the world are upgrading their current public safety networks (PSN), and given the rapid march towards 5G.

Awareness of the transformative nature of 5G is increasing and we know full well that 5G is used for more than cell phones.

Back to School – Broadband Takes Over

When people think of education, images of classrooms with students in seats and a teacher in front often springs to mind.