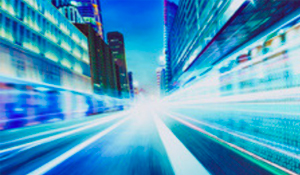 It’s a Gigabit World and not just for business. Consumers are part of the push and are demanding gigabit connections to support bandwidth intensive applications such as 4k or even 8k video, Augmented and virtual reality and more. Led several years ago by Verizon deploying FIOS offering gigabits to residential customers, and now being pushed hard by cable companies and DOCSIS 3.1 – gigabit service is here to stay.

While there is a push to extend fiber to every building, home and structure, the fact is this is not economically viable nor is it necessary.  New breakthroughs in wireless enable gigabit connections and more at a cost that is comparable or in many cases much less than traditional cable or fiber FTTX networks. That doesn’t mean the death of fiber, far from it. Wireless will always connect to a fiber POP at some point, but what wireless can do is extend fiber that last 100 feet or last mile at a cost that consumers will pay and service providers can profit.

Fixed Wireless Access has been around since the mid-nineties, using 1Mbps Frequency Hopping systems in the 2.4GHz band.  Then as now, the breakthrough for Fixed Wireless Access began when WiFi Direct Sequence chips came about offering not only much lower costs but 11Mbps as well.

These systems offered basic point to point configurations or very rudimentary PtMP systems and were installed by the tens of thousands around the world.  It wasn’t long however before even the blazing speed of 11Mbps was not enough. Furthermore, the amount of spectrum in 2.4GHz, the lifeblood of any wireless technology was limited to roughly 80MHz.

Once again it was the demand for higher speeds coupled with the introduction of wifi baseband chips that ushered in the next era of Fixed Wireless Access, the 5GHz era which we still see today, although in declining numbers. Initial 5GHz systems used 802.11a technology, implementing OFDM and offering 54Mbps came on the market in the early 2000’s.

Also of note was the fact that the 5GHz band had a total of 325MHz in the upper and lower bands, and if the mid band with radar detection and avoidance was added yet another 400MHz is available.

Fast forward 15 years and once again market demand is pushing Fixed Wireless Access to higher speeds – this time all the way to gigabits per second. In order to deliver these services wirelessly, the wireless systems need lots and lots of spectrum, on the order of many GHz. The only frequencies that offer this many Hz are the mmWave bands, both V-Band from 57 to 71GHz and E-Band with paired spectrum in 71-76/81-86GHz. Adding these two bands together and a total of 24GHz is available.

With these new products coming to market, for the first time ever Fixed Wireless Access can offer comparable services to cable and fiber, and at a much lower cost. When wireline and wireless are blended together, the resultant solution is fast, cost effective, and can be deployed extremely rapidly.

When people hear about wireless networks, they almost always think of the one that is closest to them – their mobile or cellular network. Today’s 4G and soon to be deployed 5G wireless mobile networks do a fantastic job of delivering high speeds, hundreds of Mbps to a device that fits into your hand. Able to support and maintain connections whoever you are, and without regard to being on a train, in a car or riding a bus, is an incredible feat. There is a vast array of technology both in the Radio Access Network (RAN) and in the “cloud” where the mobile core is located to enable these networks. And as advanced and amazing as these networks are, it is because of this very tough problem and the resultant design that mobile networks are not the best suited for Fixed Wireless Access.

In the Fixed Wireless Access domain, there are 4 main types of systems available.  Each has its pros and cons, and this leads to the primary applications that each is used to serve.

Today Fixed Wireless Access systems operating in the mmWave bands are delivering 5G services around the globe. In this case the 5G is not mobile, but fulfills the three main definitions of 5G:

For the mmWave bands, 60GHz is completely open and unlicensed, while the E-Band 70/80GHz are lightly licensed.  Meaning for $10/year and a simple one-page application anyone can deploy E-Band PtP links.

As can be seen above, Fixed Wireless Access is predominantly deployed using unlicensed frequency bands. Because of this any Wireless Internet Service Provider or service provider can deploy and operate a Gigabit Wireless Access network at any time, needing only a solid business case. And with no expensive licenses.

Historically this has led to frequency congestion as more and more devices are installed.  The 5GHz band has reached that saturation point and it is now very difficult to deploy networks in these bands in any urban setting.  In San Francisco alone a single 5GHz installation ran into over 200 interfering sources, WiFi APs and other Fixed Wireless Access gear, in one location off of Market Street.

In the RF domain new chips are entering the market that will add advanced features such as MIMO, higher gain antennas, channel bonding and more will continue to support more Gbps at longer distances. New (where what was old is now new) topologies such as mesh which is supported by Facebook’s Terragraph (TG) project will address LOS requirements and ease installations.

At the MAC layer Fixed Wireless Access systems are introducing TDMA structures to enable advanced QoS control, new mesh MAC protocols to extend QoS support. Centralized scheduling at the node level up to the entire network are on the horizon as well.

Tighter integration of Fixed Wireless Access networks with other wireless systems and wireline as well, will deliver consistent end to end performance for carries and their customers.

Fixed Wireless Access has been around for over 20 years, ever since the first customer needed a “high speed” ISDN like connection of 128kbps and could not get it from the local LEC using traditional wireline networks. Back then as now, creative smart people saw a need and developed technologies and products to serve those needs. But the latest generation of Fixed Wireless Access has made distinct strides towards mass adoption by offering competitive speeds to fiber and cable, and doing it at a cost that fuels profitable business plans. With Fixed Wireless Access a carrier for the first time ever has the ability to go into a competitor’s territory where they have no infrastructure, and offer competitive services.

And not just carriers, but wireless service providers, cities, landlords and more are all benefiting from today’s Fixed Wireless Access.  With an open approach drawing new ideas, new suppliers, new carriers Fixed Wireless Access is stepping up to the table – making the phrase Gigabit for all more than just a slogan.