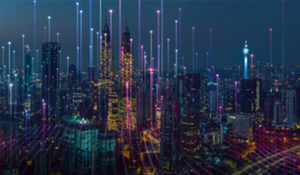 To meet the insatiable need for more and more bits per second in the world we live in, the wireless ecosystem turned to the only spectrum that is capable of delivering on the gigabit promise - 60GHz mmwave or the V-Band. The following review will cover where it came from and where its going in the Gigabit World.

Unlicensed mmWave spectrum, commonly referred to as the “V” band, was originally designated for use by the military.  In 1994 the FCC released an NPRM establishing the E-Band as 57GHz to 64GHz in line with other global definitions and made it an unlicensed band similar to 5GHz for Wi-Fi. Since that time the FCC has steadily increased the available spectrum to where it is today, offering 14GHz of spectrum from 57GHz to 71GHz, the lower end of the “E” band.

Despite the huge swath of spectrum made available, use of the V-Band remained limited for a few reasons. In 1994 60GHz mmwave represented a frequency band far higher than what most commercial applications for wireless were using. The most common wireless applications in 1994 were still broadcast TV and cellular systems. Both of these operated in the much lower range of 600MHz to roughly 2GHz bands. Design and operation of 60GHz mmwave systems was very difficult and expensive. The eco-system of components, test gear and more just did not exist. Nor at that time did the applications needed to drive development of the aforementioned ecosystem. V-Band systems with this large amount of spectrum offered data rates from 1Gbps and up. In the late 1990s and early 2000’s a gigabit connection was something used almost exclusively in fiber systems and for trunking applications deep in the network core.

Enter the WiGIG standard first proposed by the WiGIG Alliance in 2009 and adopted in 2012. This standard established interoperability for commercially developed 60GHz mmwave systems.  In 2013 the Wi-Fi Alliance adopted WiGIG, named it 802.11ad and layered the Wi-Fi or 802.11 MAC layer on top. Still, progress was slow. At the heart of any wireless standards’ mass adoption lies implementation and adoption in phones, PCs and tablets. This in turn requires development of an ASIC or chip that offers the PHY and MAC layer functionality on a low power, low cost chip (or chipset).

Once the chips are available, test programs and labs had to be set up to ensure interoperability between products. The Wi-Fi Alliance introduced these programs in 2016 and hence fully launched the 60GHz band into the mainstream.

With the initial focus on Wi-Fi applications or use cases, 802.11ad or WiGIG was initially seen as a solution for transmitting HD or 4K video signals around a home. That and the need, in some cases, for a gigabit Wi-Fi network to transfer large files, were the driving forces behind 60GHz.

Since this initial introduction in 2016 another completely different use case has arisen that is now largely driving the 60GHz industry – Fixed 5G. Fixed 5G is not to be confused with 5G New Radio (5G NR) which is the mobility standard in mmWave and operates in the 30 and 40GHz bands.  Fixed 5G uses the spectrum, capacities, and unlicensed nature of the 60GHz band and uses it for high capacity use cases such as security video backhaul, public Wi-Fi backhaul and municipal networks in Smart Cities.  Fixed 5G is also being used to deliver gigabit access to the home and business market.  As the market moves to gigabit services, the 60GHz band with its huge swath of spectrum remains the largest amount of contiguous spectrum available and is well suited to delivering on these gigabit per second needs.

While it was adoption by the Wi-Fi Alliance that breathed life into the 60GHz ecosystem, it is the promise of fixed 5G that is driving the industry today.  The 5GHz Wi-Fi band and products have been used for Fixed Wireless Access for decades, offering increasing speeds as the Wi-Fi standard evolved.  The problem though is simple – the 5GHz band only offers a total of 450Mhz of spectrum and over the years has become increasingly congested.  Between limited spectrum and interference, the 5GHz band is not suitable for delivering on the Gigabit promise.

Systems operating in the V-Band are supporting 2Gbps over 1GHz or 2GH channels today.  New products are being developed that will use even larger channels and higher order modulations to deliver 8Gbps and more.

When people hear about this band and its incredible capacity capabilities there is always concern expressed about how far these products can go.  It is a fact of life that systems operating in these high frequencies require line of sight (LOS) and are by laws of physics shorter range than their lower frequency counterparts.

In addition, for WiGIG designed products the use case is indoor and hence not a lot of time was spent trying to see how far they could go beyond a few dozen meters.  When these products and the inherent shorter range of high frequency designs were coupled with the oxygen absorption effect centered at 61GHz there was concern that the industry would always be severely range limited.

Oxygen Absorption Side Bar – One of the peculiarities of the 60GHz mmwave band lies in an effect called oxygen absorption.  Basically the oxygen molecule that exists in our atmosphere, O2, has a geometry that is ideal for absorbing mmWaves with a peak at 61GHz. This reduces the effective range of 60GHz systems more so than surrounding bands.  Deploying in the upper sections of the 60GHz band at 65 or 66GHz and above can avoid this effect. 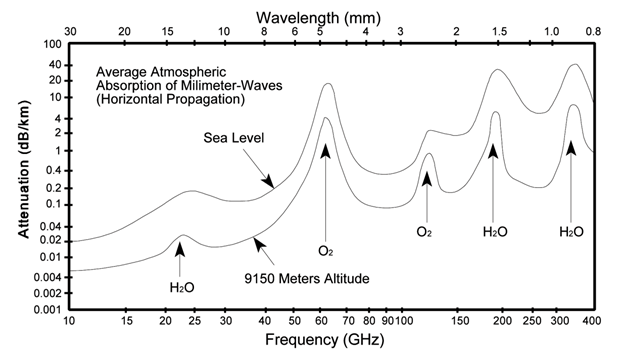 This has not turned out to be the case.  With the introduction of systems based on WiGIG but targeting outdoor or longer range uses, these products are reaching up to 300 or 400 meters in multipoint systems and as far as a1km for point to point applications reliably.

3. How is it being used today?

Today with the drive for gigabit connectivity blowing at its back, the V-Band and even E-Band (70/80GHz) are experiencing huge growth in terms of number of products available and the rapidly reducing price points – all spurring adoption and driving volume. Entering the market as Fixed 5G the two primary use cases or applications for this band remain Gigabit Wireless Access – delivering connectivity to residential SFU applications, businesses and MDUs, and Smart Cities.

In the Smart City application 60GHz V-Bands systems are used extensively for connecting video security cameras where an Ethernet or fiber connection may not be available. Cameras are now at a minimum HD, and the industry is moving to 4K and even 8K resolution driving the capacity demands from cameras ever higher – as much as 50 to 100Mbps per camera.  In addition, many cities are seeing a resurgence of Public Wi-Fi. These next generation outdoor APs are themselves capable of delivering 1.4 Gbps or higher, meaning connecting such an AP requires a gigabit connection. A connection that only 60GHz can support.

The number and types of products being developed for the 60GHz band as noted is exploding. This frequency band is powering point to point, point to multipoint and mesh topologies.  Each with its strengths and weaknesses.  New industry standards are being introduced to standardize and expand the use of 60GHz.  Organizations such as the Telecom Infrastructure Project (TIP) backed by Facebook are introducing a Fixed 5G standard based on the V-Band called Terragraph.  Systems complying to the Terragraph standard will be based on the next generation 60GHz chip specified by the IEEE and certified by the Wi-Fi Alliance – 802.11ay.  This next generation of wireless gigabit systems will have several new features designed to improve operation outdoors.

With the 60GHz mmwave ecosystem thriving, being propelled by the need for gigabit connectivity, the future is bright for 60GHz.  Many people see a parallel with the 5GHz band from ten years ago, but with an even brighter future.  Unlike 5GHz where the RF beams are wide and spectrum is limited - both contributing to the massive congestion 5GHz sees today – 60GHz has no such limitations.  Because the RF beams are typically one to 5 degrees, only cover short ranges and have 14GHz to work in, congestion and hence interference in the 60GHz mmwave band is almost impossible now and in the future.

The newest standard 802.11ay entering the market Fixed 5G systems will be taking a quantum leap forward in performance. The advent of Terragraph and the interoperability testing that the Wi-Fi Alliance is considering preforming will only serve to drive higher adoption resulting in massive volumes pushing prices down even further.  These chips will not only be used for outdoor Fixed 5G systems, but will be available in phones and tablets.

The V-Band at 60GHz and its increasing use and widespread adoption is not just happening randomly.  It starts with a market demand for capacity. The insatiable need for more and more bits per second has made the world we live in a Gigabit World. To meet this demand, the wireless ecosystem turned to the only spectrum that is capable of delivering on the gigabit promise - 60GHz mmwave or the V-Band.